We are very pleased to announce our Keynotes Speakers:

Abstract:
The transition towards renewable energy, named “Energiewende” in Germany, has to considered besides the nowadays electricity sector all other energy secotors like mobility and heat in the private and public areas. The keynote will give an introduction into achievements, targets and the development path for an integrated energy system which has to be decarbonized by 80 to 90%. The consequences for the significant development of the electrical grid on all levels and its operation will be discussed. Digitalisation is one essential cornerstone for future grid operation, supervision and retrieval of flexibility. Current trends from Smart Meter to Cloud based control systems will be critically discussed from technical and political perspectives.

Bio:
Prof. Dr. Christian Rehtanz received his Dipl.-Ing. degree in electrical engineering in 1994 and his Ph.D. in 1997 from the TU Dortmund University, Germany. In 2003 he received the venia legendi in electrical power systems at the Swiss Federal Institute of Technology in Zurich (ETHZ). From 2000 to 2007 he had various leading positions at ABB Switzerland and China.
Since 2007 he is full professor and head of the Institute of Energy Systems, Energy Efficiency and Energy Economics (ie3) at the TU Dortmund University. Additionally he is Chairman of Power Engineering Society (ETG) of the VDE and Member of the Academy of Science Berlin-Brandenburg in Germany. 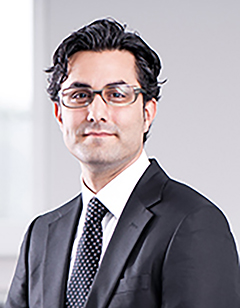 Abstract:
One of the core tasks when setting up an intelligent network is providing data communication. Reliable data communication ensures successful network operation not only in a smart metering scenario with intelligent electricity meters and gateways but also in network status monitoring, controlling renewable energy facilities and integrating electric charging station. The G3-PLC™ Alliance organization sponsored by Enedis was formed to support, promote and implement G3-Powerline communication (PLC) technology in smart grid applications. G3-PLC technology is now the selected technology for many smart metering rollouts in Europe, Middle East and Asia. With more than 74 members, G3-PLC Alliance has developed a certification program which successfully certified more than 100 products. Over than one million G3-PLC products are already in operation in the world today and 10 million are planned for upcoming years.

G3-PLC Alliance’s keynote presentation will first introduce the impact and evolution of G3-PLC technology. Two special keynote speakers will about the ongoing deployments. After giving a technical overview of the etchnology, Dr. Anil Mengi will discuss the G3-PLC deployment in Germany using the transmission bandwidth between 150 kHz and 500 kHz. This is the range in which the benefits of PLC, such as long range and ideal transfer rates for today's smart grid applications, can come together with sufficient capacity reserves for tomorrow's network. Kaveh Razazian, the CTO of Energy and Telecom at Sagemcom will present the latest smart metering field deployments in France and in Luxemburg.

Bio:
Anil Mengi has been working for over 12 years in the field of data communications and actively involved in development of various Powerline Communication (PLC) standards. After receiving his Ph.D. degree from University of Duisburg-Essen/Germany in digital communications, he worked at Atlas Elektronik in Bremen/Germany, a joint company of ThyssenKrupp and Airbus DS, where he developed signal processing concepts and algorithms for communication systems. In 2012, he joined devolo AG, Aachen/Germany and is working currently as Director Strategic Positioning and Innovations. In his position, he is responsible for entrepreneurial objectives, which include the identifying emerging smart grid markets and opportunities, intellectual property rights management, organization and management of European and national funding projects and active participation in global standardization and industrial organizations. Beside his company responsibilities, he is marketing co-chair of G3-PLC Alliance since 2016.

Kaveh Razazian is the CTO of Energy and Telecom at Sagemcom, France in charge of product innovation in the field of the end to end Smart Grid solution. He has worked for over 20 years in the data communications field. He contributed to the release of the v1.0 specification in 2001broadband PLC where he was responsible for the development of the first-generation Power Line chipset delivering data up to 14Mbps for projects such as broadband over power line (BPL), home networking, and industrial automation. In 2005, he was responsible for the development of the first Narrow band OFDM-based PLC modem chip in Maxim integrated products. Later on in 2010, the enhanced version of  this OFDM-based PLC solution  operating between 35 kHz to 490kHz, adapted by Energy Distribution of France (ENEDIS)  in their smart grid technology. This has also been considered by ITU as part of the global standard for power line communication.

Abstract:
Recent years have witnessed a significant increase of renewable energy generation, which is difficult to integrate into the main power grid due to the time-varying and intermittent nature. Microgrid can help with the integration and management of distributed renewable energy generations.
Planning of renewable generations in microgrids requires comprehensive evaluation of both the initial investment and its subsequent impact on the operation. In this talk, we will discuss a framework for the joint planning and operation of renewable energy, in both a single microgrid and multiple interconnected cooperative microgrids. We evaluate the performance of the proposed framework using the realistic renewal energy generation data obtained from the Hong Kong Observatory, which can be downloaded from http://jianwei.ie.cuhk.edu.hk/energy.html. For more details, see http://ncel.ie.cuhk.edu.hk/content/renewable-energy-integrations.

Abstract:
The management of modern power systems is becoming more and more complex and poses several challenges to the involved actors (i.e. grid operators, aggregators, traders). The increasing penetration from weather-dependent renewable sources (mainly wind and solar) requires development of flexibilities. Renewable power plants are required to provide ancillary services in a similar way as conventional plants.  Demand becomes more and more active, while storage is progressively integrated either in the form of stationary devices or mobile cars. As the complexity increases information plays a major role in managing the whole system.  In several applications, where operational decisions are required by the different actors at time scales varying from a few minutes up to a few days ahead, it is necessary to anticipate the behavior of quantities like renewable generation, electricity demand,  electricity prices, heat demand, dynamic line rating (DLR) and others.  Short-term forecasting models for these quantities have been developed intensively in the past. This talk aims to present an overview of the state of the art and to discuss the opportunities for improving performances in the new context of energy digitalization where large amounts of information become available. Artificial intelligence based forecasting techniques are promising for handling such information. However, several questions are raised and will be addressed in this talk. Is, for example, the well-known principle of parsimony in forecasting challenged by the large amount of data that are now available? Are the forecasting techniques of today more adapted to handle overfitting issues that might result to low generalization of the models on new data. What the classical forecasters have still to say to modern data scientists? What are the margins for improving accuracy? How the benefits from predictive analytics can be quantified?

Bio:
George Kariniotakis (S’95-M’02-SM’11) received his Eng. and M.Sc. degrees from Greece in 1990 and 1992 respectively, and his Ph.D. degree from Ecole des Mines de Paris in 1996. He is currently with the Centre PERSEE of MINES ParisTech as a senior scientist and head of the Renewable Energies and Smartgrids Group. He has authored more than 200 scientific publications in journals and conferences. He has been involved as participant or coordinator in more than 40 R&D projects in the fields of renewable energies and distributed generation. Among them, he was the coordinator of some major EU projects in the field of wind power forecasting and integration such as Anemos, Anemos.plus and SafeWind projects. His scientific interests include among others timeseries forecasting, decision making under uncertainty, modelling, management and planning of power systems. He is member of several expert groups like ETIP SNET.

Abstract:
As companies recover from yet another round of global cyber-attacks, business leaders are correctly asking the question: Is this the new normal? No industry is safe in a world where connectivity drives business, but the energy sector presents an especially attractive target for cyber attackers for its perceived high vulnerability, high impact outcome.
Three fundamental shifts in the market have led to this vulnerability. First, attackers have begun to move their attacks from traditional IT networks – those made up of the servers, computers, and mobile devices that enable business operations – to Operational Technology (OT) targets, which are the machines, systems, and networks that are directly used at plants and in operations. Essentially, these are physical infrastructures and digital inputs that make manufacturing and business happen.  OT systems are often much older and thus, far less protected. Second, many energy companies are embracing digitalization of their operations. Digitalization promises significant increases in efficiency and profitability through the modernization of technology, advanced analytics, and automation. However, with this leap forward, there comes increased cyber security risk. Third, cyber attackers are realizing that OT presents the ability to have critical impacts. They can expand from not only stealing, disrupting, and destroying data, to directly impacting critical operations and safety. These not only raise the profile of their attacks, but increase the profitability and value of their exploitations.
As a result, cyber-attacks on energy OT systems have become more frequent and more severe. Attacks against OT have ballooned from 5 percent just a few years ago to the current rate of 30 percent with no sign of scaling back. Unfortunately, energy companies make up the lion’s share of these attacks. Attacks vary from disrupting SCADA and Industrial Control Systems, which in turn causes outages and operational delays, to ransomware attacks, where cyber attackers hold systems and operations for ransom with threats to disrupt and destroy operating systems. Leaders at energy companies are now facing direct pressure from their boards-of-directors, market analysts, and government regulators to significantly enhance their OT cyber security programs. A recent Ponemon study showed that 59% of senior energy leaders believe that there is now a greater level of cyber risk in the OT than in the IT environment.
This presentation addresses the specific risks, pain points, and challenges of maturing the cyber security capabilities in the Energy OT environment. We will also discuss best practices and approaches to maturing your OT cyber security program, giving you a basic roadmap for how to move forward.  Finally, we will discuss how the cyber security threat, and both operating and regulatory environments will likely evolve over the next several years, and how you can stay ahead of it.

Bio:
Ian Bramson serves as Head of Cyber Security Solutions for Siemens Global Cyber Strategy team. In this role, Ian is at the forefront of securing industrial networks and reducing cyber risk in the operational technology (OT) environment.
Previous to Siemens, Ian was a senior partner at Mosaic Strategies, a cyber security executive advisory firm, and a senior cyber security strategist at Booz Allen Hamilton.
For more than 20 years, Ian has worked with myriad senior executives to understand, anticipate, and adapt to constantly changing cyber threats. In fact, he began his career working with world renowned futurist, Alvin Toffler, helping organizations adapt to their future digital environments. As a speaker and author with a passion for helping senior leaders understand cyber risks,  Ian explores how cyber security is a 21st century business imperative. Ian graduated from Cornell University with degrees in Economics and English. 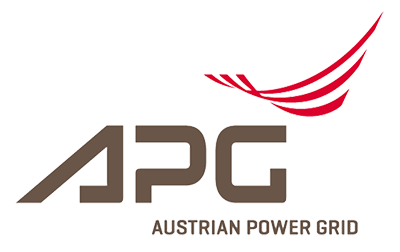